Welcome to my portfolio! I'm a developer passionated about videogames trying to make a living of it. My favorite languages are Python, Ruby and Javascript, and I've experience working with backend and frontend. I'm currently working with Phaser to build HTML5 games and Unity for mobile and desktop. In the past, I also have done videogames using Stencyl and Pygame. Here you can check some of the games I've made so far. 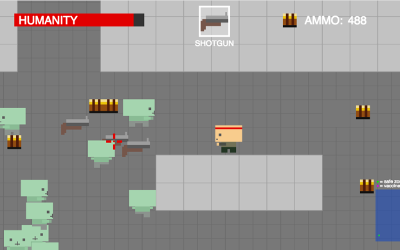 This was my entry for the js13kGames 2017, a JavaScript coding competition for HTML5 Game Developers where the file size limit is set to a maximum of 13 kb (13312 bytes) and no external libraries are allowed. The theme for 2017 was Lost.

Pandemia is a zombie survival shooter game with Minecraft inspired graphics where you have to come through hordes of zombies in order to deliver a vaccine to a safe zone and stop the infection, saving the human race. But wait, you are already infected, so you will start losing your humanity and with it, your senses. So be quick and accomplish your critical mission before it's too late and you become an undead.

Best experienced in Chrome. Controls: WASD, ZQSD and ARROWS to move. MOUSE to aim and shoot. 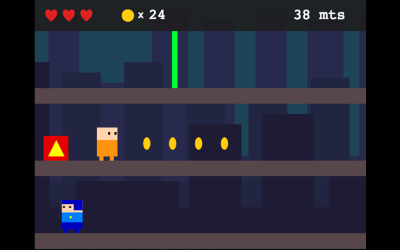 This was my entry for the js13kGames 2016, a Javascript coding competition for HTML5 Game Developers where the file size limit is set to a maximum of 13 kb (13312 bytes) and no external libraries are allowed. The theme for this year was Glitch and it took me 37 hours 42 min to complete the game with a final size of 11873 bytes.

A glitch in a prison complex could be something terrible, and it's up to you to take advantage of those glitches to escape. Avoid the cops, collect the coins and use the power ups to run the 1 km that separates you from freedom.

Best experienced on Chrome and Firefox. Run on Internet Explorer under your own risk ;). 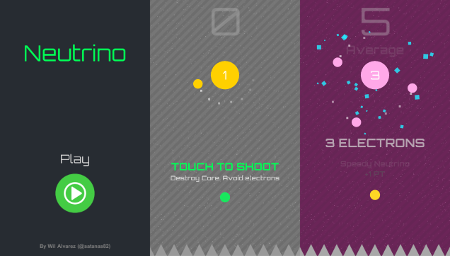 Neutrino is a tap reaction game that will test your reflexes and your guts. Destroy the atom avoiding the electrons. Earn achievements and break records by tapping fast and destroying lot of atoms.

Tap to shoot the neutrino and destroy the atom without hitting the electrons that orbit around the code. If you hit one electron you'll die. The neutrino will fall down, so if you wait too much and it hits the spikes, you'll also die.

During the game, the neutrino will fall faster and the atom will fill the orbits with random combinations of electrons. There are 2465 possible scenarios to play and you can brag about your score in Twitter or Facebook 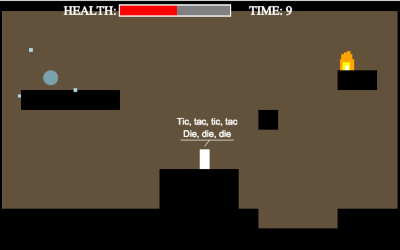 This was my entry for the Js13kGames 2015, a Javascript coding competition for HTML5 Game Developers where the file size limit is set to a maximum of 13 kilobytes (compressed and minified). The theme for this year was Reversed and it took me ~113 hours to complete the game with a final size of 11848 bytes. Please, die finished in the 34th position of 160 participants.

No frameworks were used to develop this game, just pure javascript. Some of the interesting things achieved in this game were:

Tested on Chrome and Firefox. Other browsers must work too but it hasn't been tested. 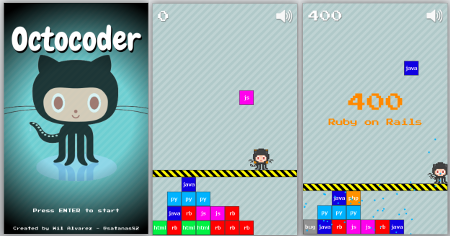 Octocoder is a tetris-like game where you have to collect code blocks and deploy them into applications. Combine the blocks to build popular applications and earn lots of points. Avoid unknown applications or your stack will grow.

This game was born as a fork Octocat Jump and was my entry for the Github Game Off 2015 competition, where you had to take an existing game and change it (code, graphics, sounds or whatever you wanted). Octocoder ended as one of the 12 winners of the compo

It works in Chrome, Firefox and Safari. It probably works in other browsers but I haven't tested. 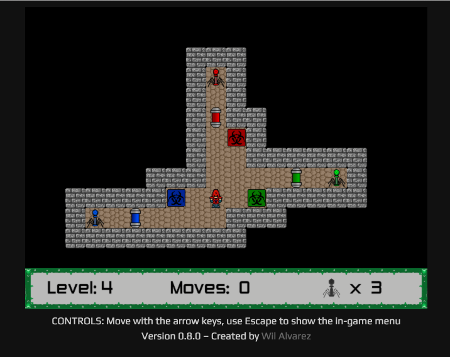 Infectors is a sokoban-like game where you have to solve puzzles pushing cryogenic capsules toward viruses to capture them and save the earth from the invasion. At the moment the game count with 21 levels.

This version is a Phaser port from the original version developed in Pygame in December 2007. Background music and sound effects were created by my friend David Senabre.

This game is licensed under the Creative Commons Attribution-NonCommercial-ShareAlike 4.0 International License

It works in Chrome and Firefox (and probably in other browsers but I haven't tested). It's also available in the Firefox Marketplace 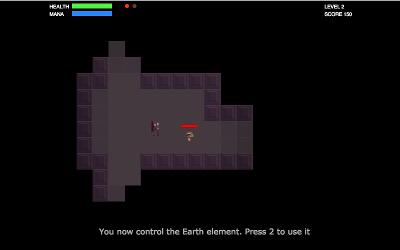 This was my entry for the Js13kGames 2014, a Javascript coding competition for HTML5 Game Developers where the file size limit is set to a maximum of 13 kilobytes (compressed and minified). The theme for 2014 was Elements, the final size of the package was 12793 bytes and it finished in the 73rd position of 129 participants.

Pariah is set in a world where the destiny of humanity it's on the hands of one man that was rejected by society, labeled as crazy and locked up into a dungeon for the rest of his days. But now, everybody is dead and you are the last man alive, so your missions is to escape from the dungeons, avoid the zombies and find the four elements to restore the humanity on earth.

This game was released under the figure of LudusPactum, with the valuable participation of Alexander Hass in the graphics and Fernando Larrañaga in the AI.

No frameworks were used to develop this game, just pure javascript. Among the interesting things developed for this title are:

Tested on Chrome and Firefox. Other browsers must work too but it hasn't been tested. 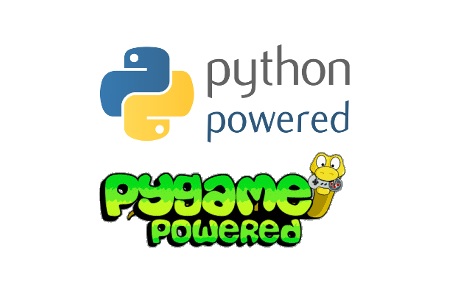 Ngine is a game engine developed on top of Pygame that tries to simplify the game development process in Python. Pygame is a great multimedia library but it lacks of some common features used to develop games, so Ngine fills these blanks through a set of tools and modules. Main features are: 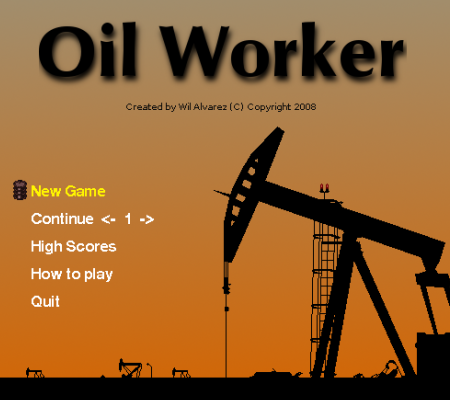 OilWorker is an addictive and challenging puzzle game where you get contracts to build a pipeline that will allow transport oil from one point to another. Your starting point is an oil well and random pieces of pipes (a-la tetris) will be given to you to build the pipe system that must lead to the oil refinery. The oil will start flowing after a few seconds and if it can get to the refinery, you win the level, the contract and lots of money. If the oil spills then you get fired and go back home with empty hands.

The game was developed in PyGame and counts with 20 levels. Graphics and development done by me. Sounds were downloaded from an open source archive.